Daughters and a Single Mother’s Vulnerabilities 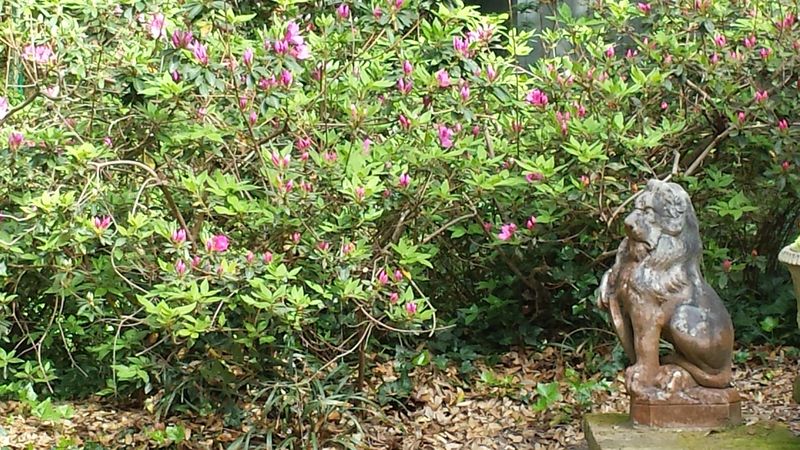 In the normal way of things (meaning if I were still married), my daughters wouldn’t know me nearly as well as they know me in my single state.

In a text exchange the other day with my younger daughter, I told her that I changed the notification sound for her texts to a bird chirping.

“You gotta know when I’m texting you so you can avoid it ASAP,” she texted.

To which I replied, jokingly, “You know me so well.”

Her comment made me think about how much she and her sister do know me and how much that’s because I am a single mother, not because I am their mother/friend. If I had still been married to their father, he would have been my sounding board (of course, his inability to be my sounding board is one reason we’re no longer married), which would have enabled me to expose far fewer vulnerabilities. My daughters would not have seen me falter and then push against their father. If I had remained deflated by his controlling ways and words, they probably would have kept their distance from me because why should they seek support from someone who can’t stand up for herself?

They would not have seen me fall in and then out of love with another man. I would have remained an example of someone settled into the sway of long-married life. They would not have seen me wonder if my new relationship had veered into settling territory, or if it was loving but not in a way that was nurturing for me. I lost my ability to be an icon to look up to and, perhaps, emulate; instead, I have become an example (a warning?) of how love and the desire for it can play havoc with us at any age and stage.

Even the financial realities of being a teacher (purpose over paycheck) would have been shielded from them by the power of two salaries and a closed door for parents-only to deal with money matters. My determination to prevent their monetary ignorance, as I had been, might not have been there if I had been cushioned by their father’s, at one time, substantial salary. Then, again, I wouldn’t have had the same struggles, but at least they see what it means to make it on their own—in or out of a relationship. My older daughter is in a relationship with a financially secure man, but she understands the need to be independent even within dependence.

Surely the time that might have been spent propping up and soothing their father’s ego (or another man’s) went to them. And the time that might have been spent cuddling, goes to them. But it’s not only time that I gave and give to them, it’s about having been unable to hide the realities of my life and my personality from within the huddle of a relationship, and so I gave them bare me. It’s also about decisions and opinions that didn’t need to be tempered by being the fruit of consensus, so, again, they got bare me. Amid whatever anxieties I have about being alone night after night, it bolsters me knowing that in this scenario I have not remained hidden from them.

And they know that this is their mother. The good, the bad, the grumpy, and the devoted.

And I have secured an honesty from them that would not have been forthcoming in a world guided by “Don’t tell, Dad.”

Life, it seems, is a continual coming to terms with the past so that the present is a breathing space that remains unclogged by regrets and guilt and tears.

Their respecting me for who I am, who we each has become, is the gift that makes breathing easy. 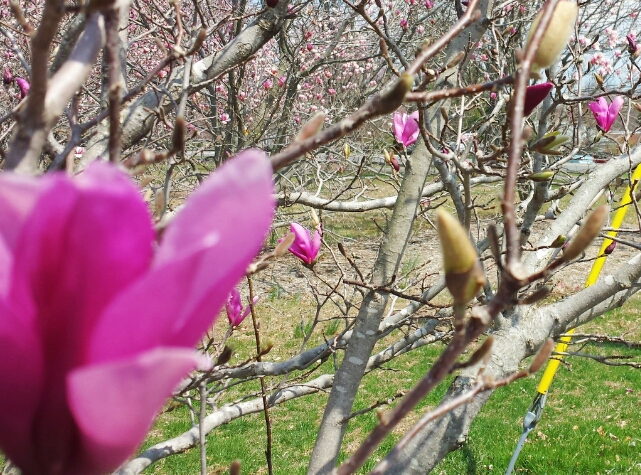 Last night, on the first second date I’ve had in a long time, I experienced time travel. How my 13-year-old self entered my body the moment his tongue sought its way into my mouth is a wonder. But there I was, mother of two, uncertain how to react. It was odd to have someone searching his way into my mouth, making me understand that French kissing is a skill that one does forget. As I broke off kiss one and just as we were going into kiss two, it occurred to me that I don’t have to do this if I don’t want to. And so I stopped kiss two before it really began (right as that tongue came back in and I realized that I need to send mine out on a return foraging trip), said an awkward good night with an awkward hug, and got into my car.

All of which made me realize that the fumbler I had been in my younger years was not because I needed experience to kiss and make love like a mature woman, rather I needed passion beyond the lust, and that still holds true. It was a relief to realize that before I had the chance to ridicule myself for ineptitude, rather than listening to my tongue’s blunt signal.

When people ask the hypothetical: If you could, would you live your life all over again? I generally respond with a resounding Yes. Who wouldn’t want a chance for a great big REDO? (Except for my daughters, of course!) But now I wonder. That kiss made me comprehend, in a way that I hadn’t before, that I have neither the desire nor the energy to relive those endlessly demoralizing battles of self vs. norms vs. expectations vs. boys ever again.

I can remember a sixth-grade kiss in the playground in front of the apartment building where I grew up that pummeled me with doubt. Why did he kiss me? What else would he expect from me? What should I do? Was this okay? Did I want this? And, embarrassingly, what was his name? This set into motion a steady stream of uncertainties that ran in the back of my head far too often in the years to come. (Sadly, that was not the last time I entertained the name question.) The fact that those questions didn’t run in the back of my head when I met my ex-husband has made me even warier. What’s a woman to do who eventually thought that her intuition was trustworthy only to be confronted with its extreme fallibility?

With gratitude, in the minutes after I drove away from my potential paramour, I channeled back my 53-year-old self, the woman who has lived through her life and recognizes that the voice in her head is not the voice of frustrated hopes nor is it the whispered desires of men, but her own voice: a voice that knows that the only question to entertain is Do I want this—with this man? Because in those brief moments, I knew that I wanted it, as in romance and passion, but I wanted to feel my way into it, not think about it.

When I told a recently-divorced friend who is not dating that there would be no date three, she responded, “But you are trying and that is good.” I’m not sure if I agree with that; if anything, I have come to see that the more I date, the more skeptical I become. It’s so much harder to open up to someone once you don’t need anything and it is only a question of desires. Because once it’s about a desire, it’s also about being satisfied without.

And so I will go to bed alone, unable to even imagine what it would look or feel like to have someone beside me, but at least I’m not trampled by the implications of that knowledge, because there aren’t any.

Or maybe the implication is that I live in a state of contentment and possibility; kind of like opening the door on Passover for Elijah the Prophet to come in and have a sip of wine at your Seder. If he doesn’t come, you knew it wasn’t real any way; but just in case, there’s always next year.