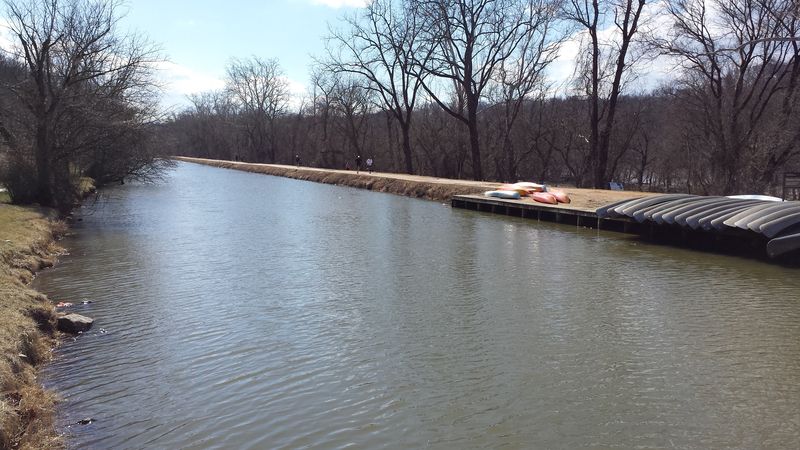 The other night I dreamed that I was in a synagogue. I put my pocketbook down on a pew and went off to do something. When I got back to the pew, my pocketbook was gone. It doesn’t take years of analyzing dreams to figure out that this dream shows that a place that had been safe is now unsafe, and I immediately knew that the synagogue represented the school where I teach. Between the initiatives from the newest principal, to the impending changes from the county which is gung-ho for uniformity, to the cliquishness and negativity that some of my colleagues have elevated lately, I’m feeling that life has become a bit nightmarish.

My sanctuary from the cacophony of the classroom used to be the twenty minutes of lunch with my colleagues. It was the only daily meal that I would eat with anyone, and it used to feel like we were a family sitting. As much as I like my dinner companions (House Hunters International and Cooking with Lidia), solo eating requires the occasional break for it not to be an emotional drain. So, those few minutes of grown-up conversation of lampooning and commiserating were important for my ability to be okay with all the other solitary meals, and hours of only talking to teens. To effectively live a lone life, there needs to be the right balance, however seemingly unbalanced, between aloneness and togetherness.

On Wednesday, with the intention of driving home to make stir-fried tofu and vegetables for dinner, I drove straight from school to a Greek restaurant. It wasn’t that I needed a gyro (though it has become a comfort food; or is it the fries?), but I needed not to be alone, and I needed to be served. Although the waitress seemed to think that I needed to be alone and barely served me, I was still comforted by not sitting in my dining room, staring at the screen, feeling alone.

The desperation for the grand dinnertime escape came from two days of hostility, closed doors, and whispered conversations. It’s not only that I don’t agree with all of the conspiracy theorists around me (regarding the new initiatives), it’s that I am confronted so starkly with the fact that I am the eternal outsider. As much as I think I am friends with this core group of women, there are times (whisperings about happy hours that I am never invited to and dinners that I never know of) when I am forced to realize that, just like when I was in high school, not only am I far from being a cool girl, I am outside of all groups, a group unto myself. There seems to be no escaping how your character is interpreted: I am always alone, an internal design feature it seems. Sometimes I wonder if having created and been part of a family was the anomaly, and the aloneness the norm.

But while I am an introvert who surely needs her alone-time, there are times when I need to be with other people, when I need to see faces and hear voices and feed on the energy of interaction. And, honestly, being a teacher surely negates the assumption that I am a “pure” introvert.

On my drive home from the restaurant I decided that maybe I’m not the problem. I vowed not to keep putting myself into an unwelcome and needy situation. If I’m not wanted, then you’re not wanted, and I did the grown-up thing: the next day I abandoned my usual seat and sat, instead, at the other end of the long lunchroom table. It felt immature, but, you know, confronting things sometimes means that retreat is the best course of action.

As I sat there, it occurred to me as I listened and talked to my other-end-of-the-table colleagues that these women were the women I should have been sitting with all along. These are not the mean girls grown up, who always have something critical to say, but the considerate girls, who have compassion to spare. So now, I wonder, why did I not realize sooner which was the better environment for me? Do I always need to try to push myself forward, always to think that I am not quite who I am, always to assume that I shouldn’t be myself? No wonder I am still in high school. I still have lessons to learn. 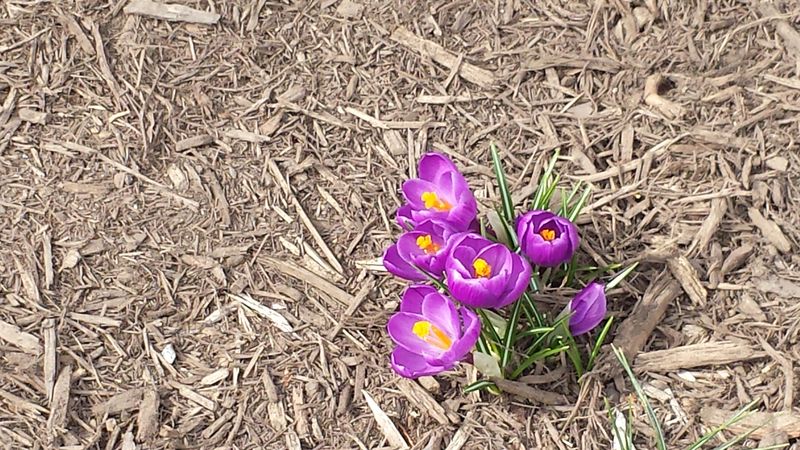 The first thing I saw the other morning when I opened my eyes to the new day was the skin on my right arm. It was not a kind good morning! to the day for I discerned the beginnings of crepe-y old lady skin. And I should know since I was just down in Southern Florida. I’m not horrified that my skin resembles a snake’s right before sloughing just because it signifies a stark “this is what you have to look forward to” moment; no, it’s that, well, yes, maybe that is the problem. My immediate reaction was to lather body lotion on my arms as if the from-now-on application will make up for years of walking around with unprotected and unlubricated arms in the Israeli sun, and an obsession for putting on hand cream, never acknowledging that there is suppleness to protect beyond the wrist. Oh, what have I done?

My formerly non-disruptive skin perturbs me more than the grays because there is no easy box fix-it. This skin is as much a sign of my progression as that which a shirt takes from proud first-time wear to the indignity of the donation pile: no amount of tending to can turn back years on a back.

It didn’t seem to me that people down Florida-way particularly minded their slack skin; otherwise, how to explain all of the open exposure? Maybe when you realize that you’re falling apart, you don’t protest reality, you do what you can to slow it down, and then move along to the next activity. Shuffleboard anyone?

It’s not that I regret my aging skin; it’s that I regret not having appreciated the beauty of the ordinariness of skin when it was right there in front of my eyes at wake-up time for many, many, many years. And now, now it’s gone and in its place is this blotchy pre-crepe skin.

Is this an example of wisdom? Is this me coming to a realization that without time I never would have come to? What’s the benefit? Why does it have to be accompanied by skin tags and why, oh why, can’t we truly benefit from someone else’s experience?

VIRGINIA TO FLORIDA AND BACK 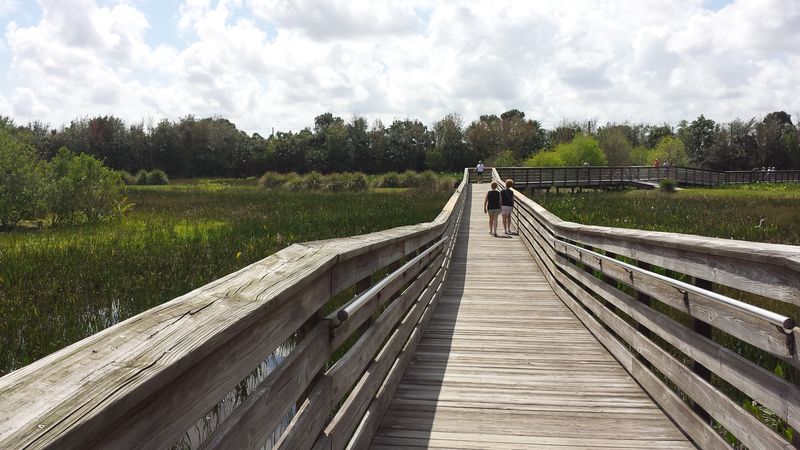 In what turned out to be a break between snow and ice storms in Northern Virginia, I visited my mother in Southern Florida. As a gesture to hope, I packed my sandals and capris—and I got to wear them the entire time! No Uggs that weekend.

We did the women-in-the-family trifecta: eating lots in and more out, light sightseeing, and intense clothing and shoe shopping. My mother started the tradition with me, and I proudly continue it with my daughters. Who am I to reject a tradition that involves pastrami, pad thai, bagels, the beach, and new sandals?

While there, essentially to check on my 81-year-old mother, she sent an email to older daughter with “Mom” in the subject line. Older daughter, as another tradition would have it, immediately worried that something had happened to me. But no, my mother was emailing her to say nice things about me. Her momentary anxiety, while not fun for her, made me feel appreciated. I know, I should feel that already, and I do, but sometimes tangibles make the intangible tangible. For my mother, (I hope) it was that visit; for me, it was older daughter’s concern and younger daughter’s texts as I journeyed back to the tundra-on-the-Potomac; for them, it should be the souvenir tee shirts that I purchased and planned to buy even before booking my flight.

A tangible that became even more tangible was how alone I am when I’m not reinforcing tradition at DSW. Having to roll my suitcase with me each time I went to the bathroom and as I walked up and down the concourse to exercise away my too early airport arrival, while other women simply nodded to their husbands and tapped their suitcase was, to my travel-tense mind, an indictment against me. The regrets from the dissolution of my marriage and the what-ifs that swirl around have a party whenever I’m at the airport; they overwhelm my otherwise sane acknowledgement that the past cannot be re-lived and to live with the result without a never-ending trial. There’s something about being confronted with couples and families going about their family business when I am traveling alone, even if it is to family, that slurs my convictions.

At this point, after years of mulling and rolling, I don’t know what I could have done differently; though the flipside of my could is his equally logical could, but going there is too painful, and full of real and imagined guilt.

My mother loves to psychoanalyze my ex, but I can’t. I think she does this to support me, but I have no need or desire to rehash his wrongs and find the source of his flaws. We did that for years when I would call her from my car seeking her solace and support, crying after he cursed me and insulted me to the girls once again. Maybe she misses when I needed her? But as much as a marriage and a divorce can transform from something living to something inanimate (a block in the shape of time and experience), this has reached that stage. I only wish him well. Besides, with distance I find it easier to find fault with myself, because isn’t it that fun, and I know that that’s a trap.

So the past can, in the same instant, be both the past and the present. What’s key is to keep it contained there, and not allow it to seep into the future, and that requires that I still the theorizing and the fault-finding. I was the me of then, and now I am a different me.

Sometimes you see yourself and you wonder how it is that you haven’t changed in all these years, and then at other times you wonder when you had that growth spurt.