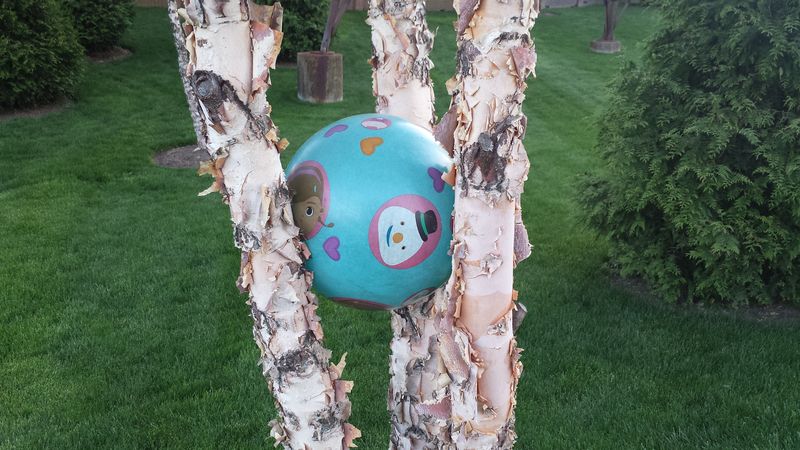 I can finally open my right eye, but little pustules keep appearing on my arms, while the weeping ones give me hope that this plant v. Laura battle will eventually end. My face feels like a mask of dry, itchy skin pressing down, suppressing the breathing of my pores, sealing me in. Time and steroids and lotions and ice packs and antihistimines are doing their work, and it has only been four days, but this feeling of being incased within myself is haunting, disturbing. There are layers of me, but this outer layer presses down and in so doing takes control. There is no escaping the discomfort of feeling so aware of my irritated skin.

And while I focus on battling this invasion of poison ivy, I think about racism, poisonous racism, and I wonder if hate is a person’s poisoned outer layer or is it his interior, awash with receptors to toxins that permeate the outer layer.

We are told that we are not born with hate, that it is something learned, then why are we so darned good at hating—as if we are born to it? Perhaps there is a gene that enables us to transition from hate-free to hate-full. What could there possibly be within the supple limbs of a child, the contours of a lock of hair, the radiance of a smile that makes hate natural? Is hate a lack of spirit? Is someone who hates a person who is afraid of anything new, different, not the norm that he was raised within? Is it not so much a taught capacity, a learning, but rather a reflection of fear, an inability to survive—to trust—anything outside the known boundaries?

Is hate a poison that is always within, waiting to protect the self with a shell that scratches at those who come near? Are too many of us too innately the survivalist dependent on the tribal, afraid, innately, to test the self against / to present the self to the unknowns of people who are not like me? Do they need guns and weapons and manifestos because looking into someone’s heart might profoundly reveal that there was never a reason to stand separate.

My face feels unfamiliar to me. The skin that I obsessively moisturize is bumpy and tingles with an itchy dryness that cannot be moisturized away. I press ice to it, numbing the irritation.

The battle of good and evil.

The clash between love and hate.

This interminable space that separates fear from acceptance.

Last night there was a pounding storm. Now there is oppressive sun and heat. And still my skin. And still to contemplate hate.

It must be deep inside: the sand that an oyster uses to create a pearl must be for us a switch that turns the self into a representation, a weapon. Could it be that in the interior of self we are so far removed from any degree of intelligence that we are only that ancient instinct for survival and all that does not mirror us is a danger? Is that a place where rationality dissolves and we seep back into the past beyond memory?

Perhaps hate, racial hate, hate of the other, anti-Semitism, actually shows that we humans have progressed from the dawn of pre-time because there are those among us who don’t differentiate and label and shun and pummel. Maybe the only thing positive about a murderous racial rampage is that the murderers and their apologists are over there, in the thicket of instincts, but there are those of us who cry in pain and sorrow and deep regret that we could not reach into that shell of hate to help them see that other is another word for neighbor.

I've been doing some work with an organization that fights anti-Semitism, especially on college campuses. I received this email from them today, and thought to pass it on. Hopefully you will sign the petition calling on the UC system to adopt the State Department's definition of anti-Semitism, and then send the info on. 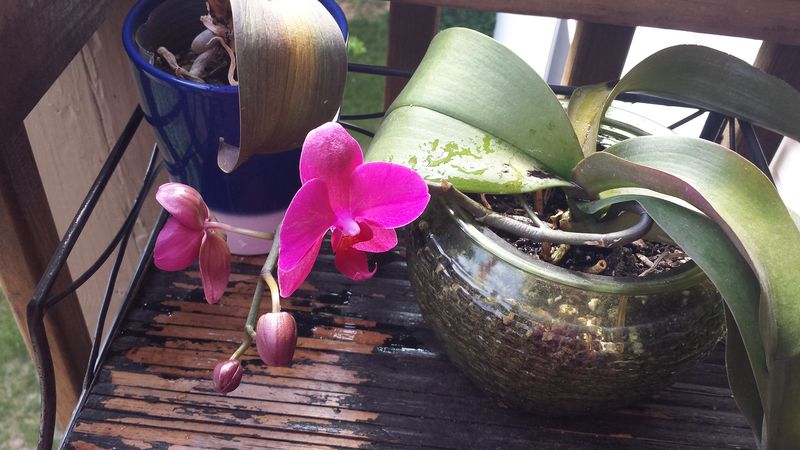 An orchid that I received post-bloom a year ago and which, obviously, I have somehow cared for well-enough to rebloom. What a sense of accomplishment.

Apparently we are not supposed to live with regrets, as I became aware yesterday while loop listening to “No Day But Today” with its insistence that I “Forget regret—or life is yours to miss.” But how do you tell your personal documentary that events and people need to be eternally spliced? How do you stop a mind’s meanderings while driving down a straight road early on a Sunday morning? Which brings me to an important tangent: What is with songs nowadays that are barely disguised self-help lessons? I don’t want a song to tell me what to do; I just want to hear a few uplifting love stories that might bring on a memory, balanced with those that reveal the ugly churn of love into empathetic pain. Is that too much to ask for? Can songwriters keep the suggestions of their therapists to themselves and stick to harmonizing about love.

Has it always been like this? I don’t think so. I remember listening to the ache of love missing, present, and past, not this guidebook. And it’s wrong. Who wants to hear a 20-year-old spouting words of wisdom? If I wanted the words, I wouldn’t have taken a break from NPR. The same applies to older singers: I don’t want to know what you think of the world we live in; again, taking a break from that to listen to you.

Going back to that line that’s bothering me: “Forget regret—or life is yours to miss.” That is a horrible suggestion; or, perhaps, it is a horrible suggestion to a middle-aged woman who needs to find her way amidst regrets for things done and not done, ‘cause it can’t be undone. And certainly steer clear of telling me that only by making decisions and choices is life lived, because it’s happening whether or not you make choices, wise or otherwise. Let’s be honest: there will always be something to regret for there are more choices than paths to be taken. Life cannot be missed, even for the fatalist on a sailboat. Besides, this implies that we only have regrets if we don’t act, but what about regretting actions taken, which, certainly, is a treasure trove for a woman with age spots, skin tags, and a mind that recently blanked on “pool table” and “fidget”?

Regret. It seems to be my new home territory, and, definitely, an uptick from where it used to reside at self-pity. I say, regret is in the same category as envy, hard to live there, but even harder not to stop by for the occasional visit. Why regret regret? Live with it because it seems that there is no alternative to backward looking, and doesn’t it, really, help you better understand and accept where you are, regretfully or not?

Note: I’m back, I think. I’ve been busy with school, but more so I’ve been residing in my little hole where I am certain that only published authors, especially novelists, have valid things to say. But you know what, they don’t. I have worked at convincing myself that I am like a poet or songwriter (of yore, not these singing therapists) who focuses on one topic and makes it into a world and that is okay since we all need to be reading accounts from lots of worlds to inform our own mini-micro-world.