Home Archives Profile Subscribe
My Other Selves
I'm Back! 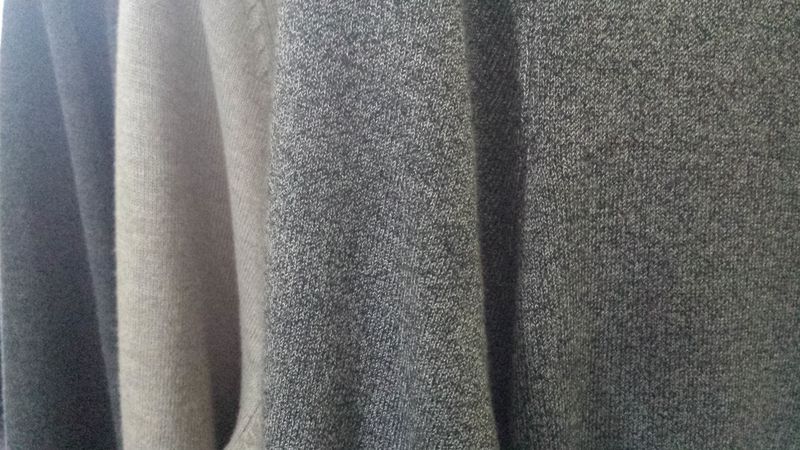 I was in a frenzy this morning: I needed to go clothes shopping. Originally I planned to wait until after school on Wednesday, but there are SALES and who knows how the prices will leap on Wednesday. One reason that I’m overweight is that I don’t deny myself some of life’s little pleasures (as if shopping for clothes when overweight is a pleasure, but it does enable me to envision myself in something other than my well-worn winter clothes that make me feel well-worn and overweight). This morning I took those oft-folded sweaters down from the top shelves where they had been relegated on the first sweaty day of spring, and practically wept imagining another year folded into those tired clothes.

I’m not exactly a high-end lady: I was at Old Navy before it opened. (Younger daughter has convinced me that I am not killing women in Bangladesh because I am not a wasteful shopper who treats clothes as disposable, but only shop when I need them—and I was in an extreme need situation.) But there was nothing to try on. My quest was for cardigans and button-down shirts: the clothes that fit my frame and make me forget my frame, thinking, occasionally, that I look good. Next, it was on to TJ Maxx.

When I was going through my divorce, I had pared down to black and white. There were no colors in my closet. Then there was my red phase: a post-divorce exuberance that even allowed a mustard yellow cardigan to enter my closet. But now it seems that I have settled into a very calm (depressing?) oatmeal and gray wardrobe. It’s not purposeful, it just seems to have happened. I stay away from black; I have decided that it’s a lazy non-choice choice. But, really, is gray any livelier? Or oatmeal? Blah and blah. Why is it that the only things that fit, don’t itch, and are not made of material that, let’s be blunt here, make me feel that my sweat glands think I’m working on a farm and not a classroom, come in those two color categories? It’s not so bad, I tell myself, at least it’s not white and black.

With gray, I know this is hard to believe, there is rebellion. Growing up, gray was the big no-no because my mother’s mother worked in the fashion industry when it was still alive and well in New York City and the clothes made for display were gray, which is what my mother would sometimes get. So between her and my grandmother, there was a negative hand-me-down feeling to gray. I, as I am wont to do, have defied tradition. So gray is not dull, it is the color of personality.

I did try on some navy sweaters, but, really, is navy any more exciting than those other choices?

Patterns would be nice.

Yesterday I saw a woman wearing a dress in diagonal stripes of orange and white. It’s not nice to disparage someone else’s fashion choice, so I will merely say that if I had ever thought to wear diagonal stripes (horizontal was long ago listed as no-go), I am certain now to never even be tempted to touch a stripe of any kind—even if it’s really really discounted.

I tried some patterned blouses. But as I knew ahead of time, hence the search for cardigans and button-down shirts, they didn’t fit or feel right. They seem to allow a greater degree of roll-perception than my other fashion choices, and a woman is never more critical of herself than when a roll might be discerned, and a day in the mode is not a good day.

But I was successful: two cardigans, one oatmeal and one gray, although they are the same sweater in different “colors,” which feels wrong, but I know that I won’t have the energy to go shopping anytime soon so I told myself it’s okay, it’s better than the depression of constant repetition of a wardrobe from years gone by. I did get a gray over-sweater that seemed to hint, ever so slightly, that the wearer has a modicum of a sense of style.

Then it was home to put my new sweaters in my closet, pushing the old ones to the back.

Oh, I also got a big jar of Dead Sea bath salts, because soothing was necessary after that fun ordeal.