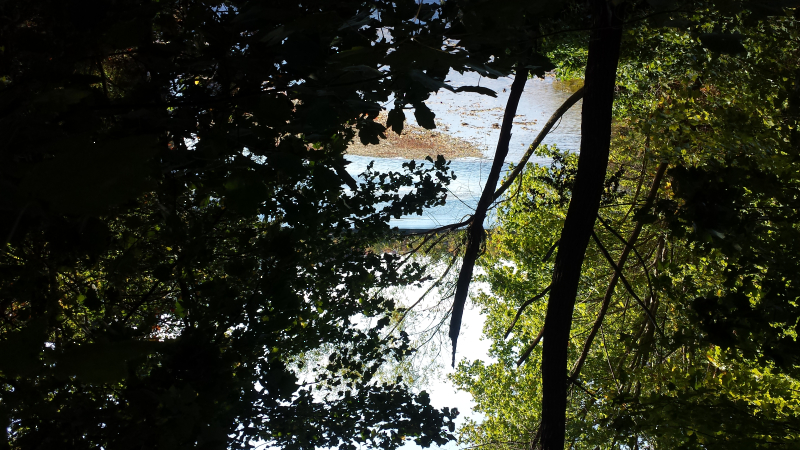 I speak for myself.

My thoughts are mine.

My rants are mine.

My interpretations are mine.

Long may they remain so.

I am still too upset to listen to other people’s verbal rants; I can only focus on hearing my anguish anger mortification. This election is beyond my capacity to make positive assumptions about someone else’s mind and experiences. There is no pass into sympathy or understanding for people who would prefer that millions of us would shrivel, body and mind, and vanish from this country (earth?) to make it more pleasant for themselves. Those who voted for tboy are terrorists since their goal is to scare people with their insults, chants, messages, symbols, and acts of hate and intolerance. –

I must breathe and think, and act.

I’m still hopeful that each vote cast will count and Hillary will become president.

I’m not sure what to do.

It’s as though time stands still. How is it that the election was almost a month ago? How is it that I have learned of so many self-serving hypocrites intent on harming so many people in such a short amount of time from their lofty perches atop piles of our money?

I’m unable to focus my contemplations on my singular life. There is no safety and comfort in keeping to myself—there is the maw of history that must be confronted and shut so we are not swallowed into yet another evil cycle of death by discrimination. Had we really thought that we finally transcended this historical cycle?

The day after the election a student wrote “Rape Won.”

Three weeks after the election and the rape she referred to—the rape of women’s bodies by a misogynist who has never suffered the consequences of his actions—has expanded to feel as if the world we are stepping into is one suffused with the violence of attack and invasion. Rape of body and soul and hope.

But it must not be so. We must resist and fight and light the paths around us. But what of the prevalence of date rape: of people we know attacking us, taking advantage of us, abusing us, violating all that we are. How do we get them to hear our cries if they were so easily tantalized by the slick poison of tboy?

How is it that people are talking about the economy?

How does that matter?

How does your wallet matter when people are carelessly, brazenly demeaned and treated with disdain, as if their bodies and minds are not worthy of concern and care?

When people try to understand terrorism they like to point out the paucity of hope and means that shapes people. But enough studies have been done to show that to be a lie. Perhaps there is always this battle of good and evil because the scales of fear (of losing what one has/is/perceives) are easier to tilt than it is to uphold the weight of compassion. Yet that is where action needs to take place—not against those intent on holding our heads under water, but to support those dog paddling alongside us in the same pool of bile.

It is a fight for, by going against.

I will wear my Jewish star (which in Hebrew means David’s shield) to show that I will not censor myself nor will I be intimidated so easily. I will also wear my safety pin (which I got from a bowl on a stone fence—inviting people to take so that they can announce themselves as safe spaces), and my Statue of Liberty pin (which I received at a synagogue, to indicate my welcome to immigrants, as our ancestors had once been immigrants). But I will probably forget to move them from on jacket to another. I know, though, that a pin is metal; it is not my heart. What I need to do is look into people’s eyes, and nod, and say hello. This is time to find and give comfort in reaching out to others who fear for their present and future, and not just retreat inward.

Now is the time to say lalalalalalalala over hate and the haters, and to say hello to those who may be fearful or anxious—again, still, or for the first time. A step. An action. No sign-up or donation required (but those too). It seems like a start. It should have been a continuation, but aren’t we always learning. Connection is the antidote to derision.

Laura, as I've processed and reprocessed the election in an endless loop of disbelief, I have thought and thought about what my response should be. At first I didn't want to get out of bed, but hiding there really isn't an option. I have shared many of your same thoughts. Still can't grasp how this happened--it doesn't seem real even a month later. This is not normal, and we have to keep reminding ourselves of that.

I'm going to call my congressional rep today. I live in a blue state, so this is more of a call offering my support to him. I'm going to urge him to continue to fight for women, the LGBTQ community, people of color, and any group that feels scared and attacked right now.

I wore my pin to church yesterday. I haven't seen anyone else wearing theirs, but the young woman behind me was wearing a peace sign on her necklace.

Your thought about connecting with people is good--let's not be fearful. Disconnection is where fear and disenfranchisement which can turn to anger and hate is born.

We'll get through this together. Somehow.

Margaret,
I need to howl on a daily basis. We need howling sessions. Get the anger, frustration, and disbelief out, and then onto whatever work we need to do to confront this travesty. Call, yes, good. I emailed Kellogg's in support of their no longer advertising on breitbart (how did they ever think that was a good idea?).

I'm all for oppose oppose oppose. No normalizing this debasement. I hope our representatives know that they need to represent we the people and not their interests. You're getting me started again! I'm trying to get involved in the Women's March on Washington the day after HOWLHOWLHOWL the inauguration. That's a start--and I can do it since I'm here.

Connections. We need not to let them weaken us. Stronger together!