Totality: the sun is hiding behind the moon and clouds. 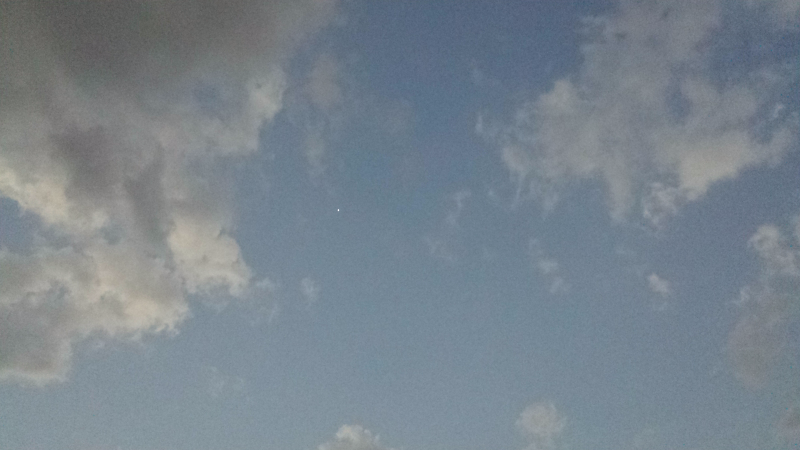 Totality: I think the white dot is Jupiter.

My eclipse trip to South Carolina with a good friend turned out to be what we had hoped for (except for the cloud cover at totality): an adventure. The adventure ended up spending the day at Green Pond Landing staring at the sky with a charming English gentleman we met at a coffee shop in nearby Anderson, SC.

Both of us are single women who don’t spend much time trying to change our social status, since we’re both living the lives we have and with enough experience with disappointing dates to know not to have realistic expectations for change. Nonetheless, having the attention of a handsome, thoughtful gentleman with an accent for the day made a small opening into my comfy closed mindset.

But we were attended to, and it was refreshing. Yes, of course we could carry the blankets and the cooler (how else did they get into the car), but wasn’t it nice that he offered to take them from the car to where we decided would be the ideal spot to experience the eclipse. We shared our sandwiches and snacks with him (he was completely unprepared—he didn’t even have eclipse glasses until we gave him our spare pair), and he took us out to dinner. The day-long conversation was a hopscotch game between bits of personal history, the eclipse experience itself (yes, you can have a somewhat thoughtful conversation wearing eclipse glasses), and, of course, the fall of the American Empire with t- at the helm.

The details of the day, though perfect for conjuring in my mind’s eye when lying in bed before sleep, have more heft when I think about how the experience made me feel as a woman. There was the smooth, relaxed interaction of a confident woman who did not undermine her personality in the presence of an unattached man in an attempt to attract said man. I was not running down Possibility Lane, and still, yes, he seemed to be attracted to me. (We did exchange numbers at the end of the day; alas, he never contacted me even after I contacted him after a couple of days—but still, the exchange at his request.) Nor was I waylaid by my shadow self who always comes to life in a date situation, wondering if I would want to touch this man, if I would want to spend any more time talking to him, and even (in the best of times) if I could imagine being naked with him. Nope. I was focused on the moment. And him, he did what many men I meet seem incapable of doing: he listened, he asked questions, he seemed to care about my comfort, and he did not mansplain. None of us were eclipse experts—and he did not take it upon himself to pretend that he was one just because he’s a man. We Googled any eclipse questions we had. We three lived the day thriving on the exchange of tidbit stories, and the casual and open way that one story leads to another when you’re not censoring your every comment.

While younger daughter joked knowingly that he wasn’t found on OKCupid, and even I joked about how it just might be true about meeting someone when you’re not trying or expecting to, there was more to the day than this specific interaction. It offered a hint at what might be possible: that my future might not only hold re-creations of past relationships in which I was Hercules to their Princesses. I had decided that a balanced and supportive relationship was an impossible achievement, so why even bother attempting to meet anyone. But now, I see that I was wrong. Yup, Eclipse Man made his appearance to illuminate the point that I need not always assume the worse. It also made me realize that, while not courting courting, you never know what can happen.

But, simply, this experience reinforced my understanding that friendships are the core relationships in my life (after my daughters and my mother, of course). Not only would I not have traveled to see the eclipse, but I would not have been in the upbeat “let’s see what happens” frame of mind if I were not with my friend. I also might not have let down my guard, at least not enough to have had a daylong conversation that gives me hope that I will meet my match.

All in all, an excellent trip. (Of course, I didn’t do the driving; the traffic was horrible in both directions.) 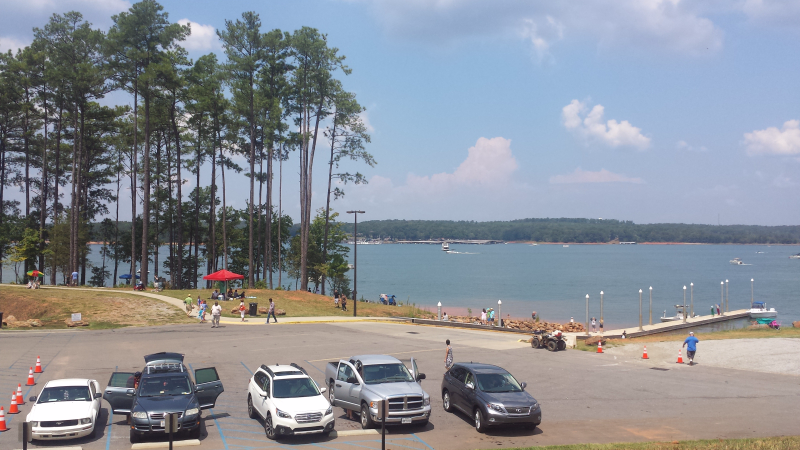 Green Pond Landing, SC: A little while before the eclipse