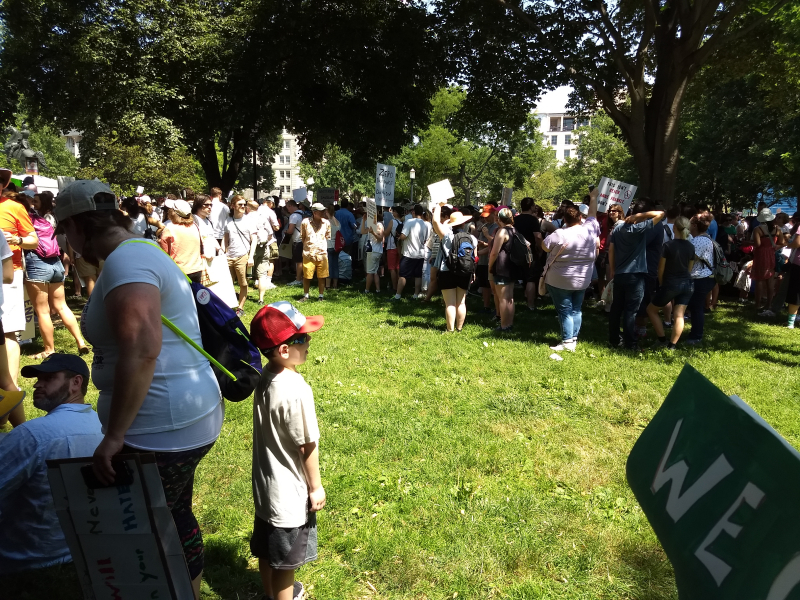 I went to the Families Belong Together Rally and March in DC with my march friend. At first we couldn't understand how people were grouped. Then we realized that they were gathered around trees: everyone seeking the "cool" shade. You see, no differentiation between peoples, just seeking comfort from the elements. Can diversity show unity any better than that? 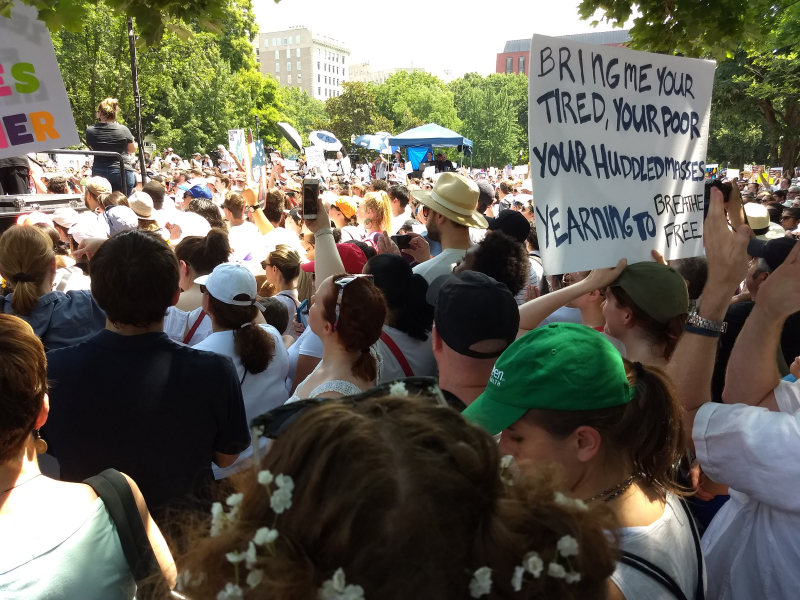 I finally got my chance to hear Lin Manuel Miranda sing live from Hamilton--free. Of course, I couldn't see him since we were behind the stage, but all of a sudden I heard a single voice sing and all the phones around me starting popping up in the air to record the moment. Sharing hearts and beauty shouldn't be a hard thing to do or a difficult concept to grasp. Marching from the White House down to the Department of Justice to walk around it and then to the Capitol. I didn't plan it, but I love how the Statue of Liberty's beacon in the poster is right next to the Capitol in the distance. They really do go together and there were tens of thousands of people marching all over the country to proclaim that. 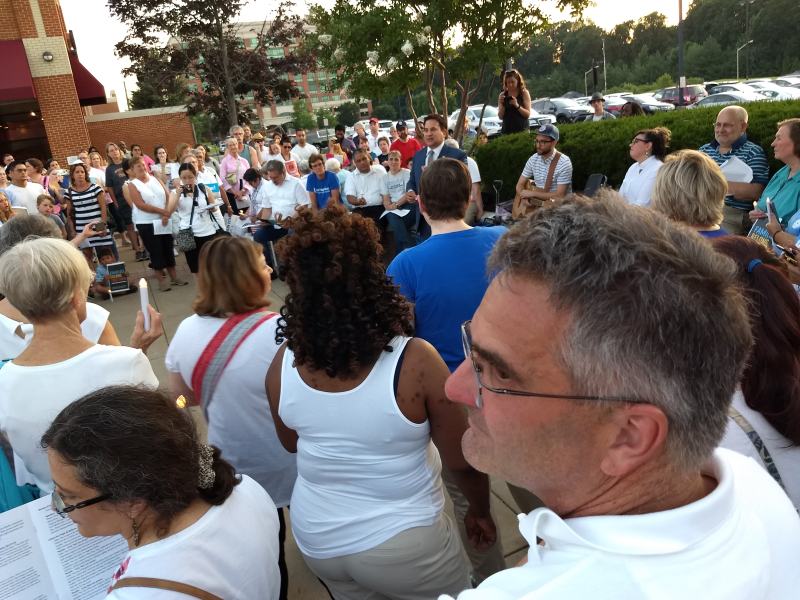 Vigil at dusk. Representatives from different faiths spoke; very powerful expressions from faith-based perspectives which basically boil down to treating each other with respect and dignity. This is Mark Levine (Democratic Delegate to the Virginia House of Delegates from Virginia's 45th District) speaking  from the Jewish perspective against family separation. Except for the Christ candles, which I didn't hold, it was a lovely gathering and affirmation that We're Not Backing Down.

Laura, I went to a smaller local march--maybe 450 people--not nearly the 70,000 numbers who turned out in Los Angeles, or the hundreds of thousands in D.C. But it felt good knowing that one of so many locations had people turning out. This was the most powerful, emotional march for me yet. This is the one I cried, and my sister cried, and women I'd never met before cried. One of the organizers cried. When a firetruck went by and sat on its horn for us in solidarity, it felt as if we'd all been lifted. Each honk, each raised fist from passing cars an affirmation.

I'm sorry I didn't get to hear Lin Manuel Miranda. (Or John Legend in L.A.) That's what happens when you don't make the effort to go into the city. ;)

In DC it was about 35,000 from what I heard. I teared up when America Ferrara and Alicia Keyes read letters from children and told people's stories. It continually shocks to hear how people are treated so disdainfully. One of the signs I saw said Let's call children Guns. Will you protect them now? The sad truth to that.