Summer Vacation: Together and Alone 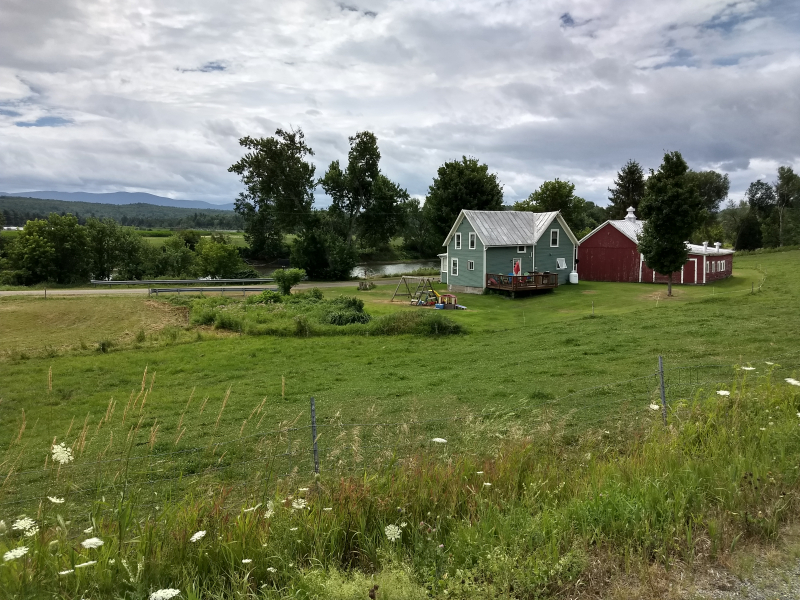 My Quebec vacation was each person encountered, activity endured, meal enjoyed, accent savored, view valued, knowledge gained (then lost), and solitary pauses, as well as the totality of the week, which together fill a space of recollection in my mind’s kaleidoscope. It was, in detail and in sum, a resolute realization of self.

Some have their bucket lists, but since I don’t like that type of conceptualizing that minimizes and objectifies, I simply have daydreamy repetitive thoughts about possible experiences I’d like to live. Since I know that so many of those ideas will remain lovely wisps of thoughts, it was even more rewarding to accomplish so much in that one week.

First, the very fact that I went on that vacation itself was an accomplishment. The vacation entailed a Roads Scholar trip that was filled with physical activities, then two days by myself in Quebec City. I didn’t visit a relative. I didn’t go with a friend or relative. I didn’t take a class. I simply went on vacation by myself. Being alone is not new since I’m an empty, empty, empty nester (no children at home, no husband, no pet), but at home there are always things to do and work to think about, so this week someplace new, doing new things with new people, was pure detachment and discovery. Vacation.

For years I’ve been envious looking at images of kayakers solemnly convening with the still blueness of nature; and bikers, in their sleek gear, beckoned seductively, but those thoughts just kept stewing until I decided that the time had finally come to act on those desires. Maybe I feel more secure financially. Maybe I realized that I should stop imagining that a relationship will appear and I need to keep my schedule open for a couple’s trip. Maybe I sensed that if I don’t do it now, I might never do it. Younger daughter saying that I was not an adventurous person and that my one adventurous act (moving to Israel at 22) was a long time ago, stopped me in my self-image, and made me realize that she was right. The settling in had happened (thankfully): I had been teaching at the same school for more than a decade, teaching the same classes, and had turned my apartment into a home. Yes, time for some adventure.

As I looked around for trips, I found this Road Scholar trip at a drivable distance that included biking, kayaking, and nature walking. I figured that this was the ideal way to get the guidance I needed, and since there were a few sports, I didn’t need to commit to a week in a kayak’s cockpit before knowing if I even liked it. While it turned out that I was the novice bike rider and kayaker in the group, I was the only one making myself anxious about it since everyone was supportive of me and the challenges that I had placed before myself.

My fear of speed (even in the car my daughters hate my love of the brakes), made me hold off on going down the first hill in very hilly northern Vermont. So, I was driven down the hill to a relatively level spot to start my first bike ride in more than 40 years. The level spot soon got to a very long uphill battle that I lost. In the end, I walked my bike almost as much as I rode it. I walked uphill and downhill, and biked a bit in-between. My anxiety about losing control when the speed was too fast, my lack of bike leg muscles, and my aversion to even trying to figure out the gears, were things I could deal with. They were not things to feel bad about. Nothing to be told I needed to overcome or figure out or push through. I did what felt right for me. There was nothing to prove: it was me trying something, being right about why I had been anxious about it, then figuring out how to do it with minimal discomfort. After lunch when I was asked if I want to ride the van back to the inn rather than confronting another series of hills, I had no qualms in opting for the van ride.

The next day, thankfully, the bike trail included some spectacular hills (one woman estimated that she sailed down at 40 mph) as well as an 11-mile section of Rails-to-Trails riding that was essentially flat as it meandered along a river. I did this part of the ride which enabled me to enjoy the scenery, the faster-than-walking pace, the quiet of riding through corn fields, the smell of the cows creating dairy products, and the butterflies coasting in the stillness of a hot summer day. I got bike riding, at a leisurely pace.

Kayaking day made me grateful for summer camp and canoeing lessons, even though I still remember the thrill the counselors got scaring us by saying that we had to navigate through a chute by the side of a waterfall at the last bend, when, in fact, we simply ended the ride by coasting into our camp’s placid dock on a lake in Great Barrington. In spite of the spite, I knew a bit about paddles and directing things so I wasn’t completely terrified when I, as one with my kayak, splashed into the water. Of course, by the time I got in and started figuring out the two-sided paddle and how uncomfortable a kayak is, everyone else was ready to go—right into the ¼ mile stretch through the choppy water of Lac Broome to the calm, winding marsh.

Again, it was me, along with the mostly retired people who all seemed to be life-long athletes, on the water. One of our guides, noticing my slightly raised and agitated voice, adjusted something in the back so that I wasn’t going left no matter how I paddled. After that, I calmed down enough to appreciate the fact that I was still on the water (rather than in the water), my arms weren’t noodles in the first five minutes of paddling, and—look ducks!

My roommate for the week, an avid kayaker (and biker), pulled her kayak alongside mine to give suggestions and encouragement. Later, when I told her that neither of the guides stayed at the end of the group with me, she commented that it was because they had confidence in me and that I was doing fine. New friends sometimes know the right things to say.

But this part of the trip wasn’t just about deciding that I hadn’t discovered two new favorite sports, it was about being with people who I didn’t know and becoming friends with many of the 19 people (5 men and 14 women) on the trip, as well as the 8 people who fed and led us. It was me deciding to change the table (there were two large tables) and seat at which I sat for each meal and trying to talk to everyone. It was me listening and trying not to focus on telling my own stories. It was about not judging or making assumptions about people. (It also helped that on the first night five of us vociferously proclaimed our disgust for t- and the administration.) 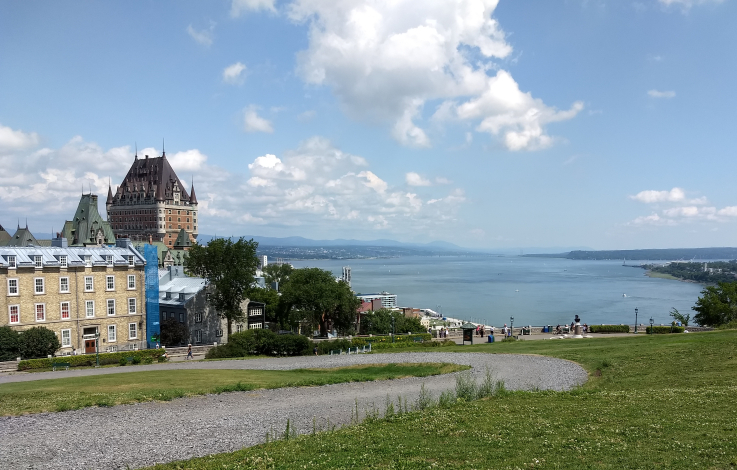 The next part of the trip was on my own: two days wandering around Quebec City. I continued to stretch my leg muscles walking up and down hills for an all-time record of 9 miles and 70 flights of stairs on my final day. Knowing that I was heading into a long day of driving the next day, I kept pushing myself.

Those two days spent in this beautiful Europeanesque city made me realize that I don’t want to take a long trip by myself since there is too much silence and talking in my head. Taking pictures is not a substitute for conversation, nor is the occasional text to my daughters. On the three tours that I took, I was the one asking questions. It was to learn, but it was also to engage in conversation—to be seen and noted. I now know that being alone at home is fine, is sought after, but solo travel for a person who isn’t going to strike up conversations with strangers at the next table, is isolating. After spending five days with strangers-to-friends on the first part of the trip, I was in my friendliest mode, but even so, I nod here, a suggestion there, a discussion about paint colors, doesn’t change the fact that sharing experiences can enhance them.

Granted, I’m immensely glad that I went on this trip, both parts of it, because now I am aware of the balance that I need between group travel and solo travel. Previously, I had thought that I would like the solo adventure more, but now I can envision myself excited about the opportunity to meet new people, as well as to rethink how I perceive and present myself. 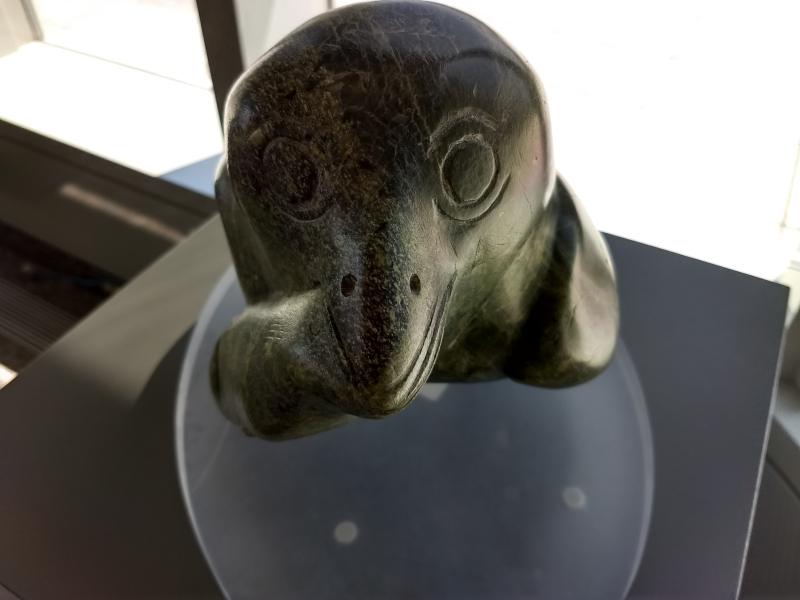