Back to My Coffee Shop 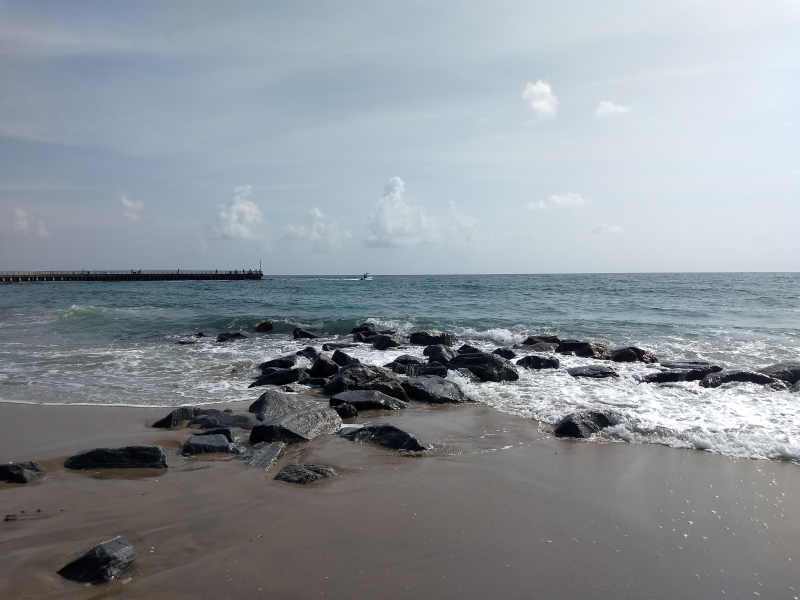 Back to the beach too

I haven’t been to “my” coffee shop for more than a month. I was looking forward to being back here, doing some writing, observing the other customers, and having a cup of coffee and a vegan baked good. (I have been mainly vegan since the beginning of the pandemic.) Since I started coming here in June, there were the same four vegan choices, and since I don’t do chocolate chips for breakfast, there were three: lemon poppyseed muffins, cinnamon rolls, and banana nut bread. All fine, though I preferred the banana nut bread by far. I knew that this was a bonanza, but I figured that it was their thing to have vegan choices, which was definitely a draw. Why not wish for a fall change even if I haven’t felt the arrival of fall here in Florida? It was to be, but not in a good way.

The four guys who always sat at one of the tables outside weren’t there. I came later than usual (I slept until 8), but they had seemed to always be outside. They were a part of this place and my experience of it. They were a greeting committee—and I appreciated that. I missed not seeing them.

Inside, the two baristas were new and neither was wearing a mask. The selection of baked goods had changed, but not for the better. The only vegan option is now banana bread muffin—with chocolate chips. No thanks. So, I jumped the vegan ship and tried the blueberry thyme scone. Why is thyme in a scone? Let’s just say that I’m not a fan and the changes have not been an improvement.

At my mother’s apartment, the changes that she made while I was gone were to reassert her design sensibility. Any traces of my things that I had put out, she returned to my little corner. I get it. When I was in my daughters’ homes, I didn’t think of making any changes or adjustments. I settled in to how they had organized their spaces. It seems that I had overstepped my guest status here. And that’s okay. It seems that I am now at the next step of downsizing: recognizing that the space I take up can be narrowed down to the space that my physical self stands within: I don’t need to see myself reflected on the walls and furniture and knickknacks around me.

This coffee shop has lost its luster for me. But perhaps here, too, the problem is not with the place, but that I had thought of it as mine to some degree, when I am just a guest.

On my trip I did a lot of dog walking. First, the walks were lakeside and forested in Central Oregon. Then, they were around a small park in Las Vegas, with a view of the mountains in the distance. The time outside was mentally expansive and soothing, even with handling poop bags for two dogs at a time. Perhaps I have adjusted to finding my comfort, my space, outside. Perhaps I don’t need an inside space to reflect me, needing, instead, paths to traverse and vistas to breathe in.

I had jokingly thought that when it is time to settle down and buy a home, I should buy land and put a tiny house on it. I’m beginning to think that perhaps it was more of an insight than a joke.