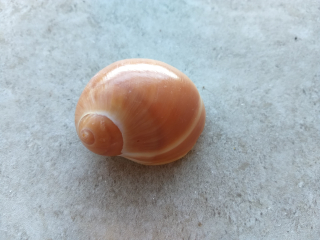 A few mornings ago, I volunteered at Kind Kitchen, which is dedicated to providing homemade kosher meals to anyone who needs help. We were preparing for the big Thanksgiving and Chanukah delivery that will be made next week. (This year Chanukah starts on Sunday night.) There were about ten older women and one older man helping out and, since it was a school break, there were two mothers with their children who were doing some of their required service hours. Coerced volunteerism. It works for everyone.

For about 45 minutes, I ladled corn-muffin mixture from a big bucket into a few hundred muffin cups in industrial-kitchen-sized muffin tins. Between myself and the woman opposite me, we prepared more than 500 muffins. Another group ladled cranberry sauce into small plastic containers, another group put horseradish into very small containers, and one group put pumpkin cake batter that the women who work there made into cake tins. When we each finished our jobs, we went to another part of the synagogue to continue onto the next assignment.

Most of the women were putting together Chanukah gift bags with a note containing the holiday prayers, a menorah, and a box of Chanukah candles.

I ended up in the kids’ section with the two mothers and their children. We put together about 200 gift bags for children that included a note of well-wishing, a Thanksgiving napkin, two dreidels, and one bag of gelt (chocolate coins). We wondered about the napkin and what its purpose was. The mother at my table was sure the note and the napkin would be dropped and ignored in the rush to the chocolate and dreidels. I mused over the fact that the napkin had a cute image of a smiling turkey, but yet we go ahead and eat the turkey at the meal. Are all Thanksgiving holiday paper products like that? The mother excitedly told me about a holiday centerpiece she makes: another happy turkey, this time surrounded by fall leaves. It does not sit right with me this idea of eating the entertainment. (I’m glad to report that the table where I had my holiday meal did not have such an insensitive display.)

In the past, I’ve volunteered at the Palm Beach County Food Bank. There, I generally helped put together bags of food so school-aged children would have food for the weekend’s six meals and two snacks: two small milk cartons; two small containers of cereal; two or three cans of food such as tuna, chicken, rice and beans, beef stew, chicken soup; two bags of dried food such as pasta, noodles, beans; dried fruit; a snack bar; and a face mask. The items filled half a plastic grocery bag that we intently pressed out the air, so we could fit six bags into a box. It is sobering to see how little space that weekend supply of food takes, especially when I consider how my home always had a full refrigerator and pantry for my daughters, and there was often eating out as well.

After that morning’s volunteering, I drove 45 minutes to a beach I like. The drive was through the commercial streets of West Palm Beach and Palm Beach, and then the residential streets of Palm Beach with its palatial homes behind high hedge walls. What you can see when a driveway is visible are generally mansions of cream-colored stone and manicured grounds.

There is no fairness in who has and who doesn’t have, I thought as I drove my Corolla surrounded by Mercedes after Mercedes. Between the walls and hedges of the estates and the two-lane road were parked the gardeners’ and service workers’ trucks. The stark difference is obscene. I wonder what those workers think about the difference.

I had felt good about my morning until I saw those homes, which in most cases are merely vacation homes.

Now that it is the season in Florida (no more sweltering heat and thick humidity), the beach was more crowded than it’s been since I first arrived in June. I sat on a towel and ate the snack that I bought at a nearby grocery store. Then I took a walk along the water, glad that I had worn shorts because the splash of the waves was so refreshing. After my walk I sat again for a little while. It is not comfortable to be aware of being grateful, envious, and angry at the same time.

After leaving the beach, I walked across the road to the parking lot and used the beach shower to wash off the sand from my feet and ankles. Still not ready to leave, I sat on a nearby bench, continuing to dry off my by-now dry feet. A few minutes later another beach-leaver approached the shower, which had three shower heads and one foot faucet. She was dressed and, like me, just looking to clean off her feet. I stopped her from soaking herself and showed her where the foot faucet was. We laughed for a moment. Connected. I was ready then to get back into my car and continue my day.

Laura,
I can't think of a better way to observe the holidays than helping others. How lovely of you. (I've never understood the folks who leave their families on the national day of thanks to stand in line to buy things. It feels obscene to me.) I like the "Buy Nothing" movement for Black Friday, and the local, community aspect of Small Business Saturday--antidotes to our society's mass consumerism.

The palatial mansions, to me, are nothing but monuments to ego. I wonder how many of them actually contain happy families? It all seems a little sad to me.

But helping others is a good place to be. (A website I subscribe to launched their own campaign on Thanksgiving day to have its subscribers contribute to Feeding America, and The World Food Program, which I thought was a good way to mark the day.)

The bit of human contact as you were leaving the beach--sometimes that is all we need to remind ourselves that we are all connected.

Thank you, Margaret.
How we prepare for and celebrate holidays really is a range. One year one of my daughters decided to see what Black Friday was all about. Did you notice that I said "one year"?
Don't by another gadget, read a book!
Happy Chanukah to all who celebrate this festival of light and perseverance.