Retirement Insights from a Picnic 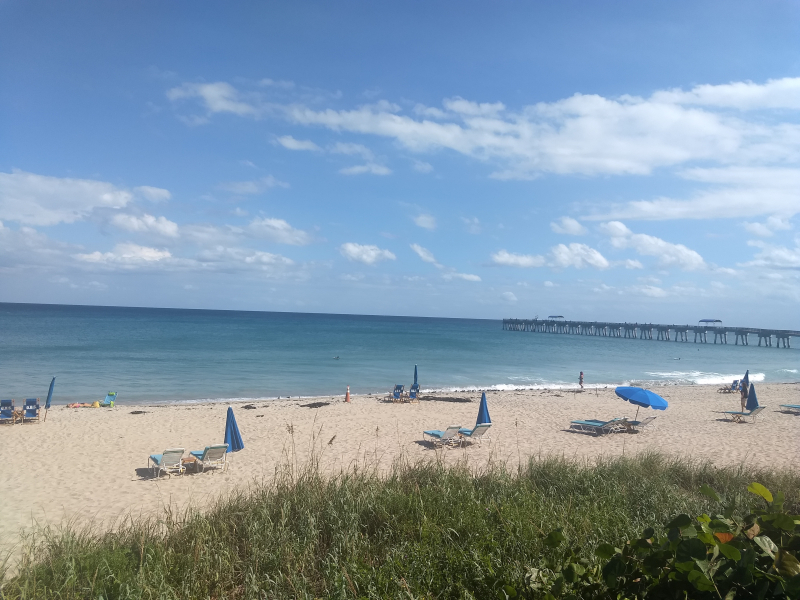 The other night, the 55+ community where I live with my mother (I will not get used to saying that) held its first neighborhood picnic since before the pandemic began. The timing coincides with the trickling arrival of the snowbirds. Those retreating from Canada, Europe, and South America are taking longer to make it than those stuck traveling south on I95. It seems that the social scene is heating up as the temperature here plummets to 76.

Once we determined that there was something strange about the sauerkraut (turns out that celery seed was accidentally dumped in and it was cooked with pork, which completely cancelled out the bragging about how considerate the organizers were having bought Hebrew National hotdogs because they were kosher), that we liked the hotdogs (I had asked about a vegan option when I first found out about the picnic, but had gotten a look of incomprehension, so I compromised my diet to be a community member and get my mother to attend), and that the potato salad had all the right ingredients (again, not vegan—besides non-vegan mayo, I would like to know: Why are hard-boiled eggs in potato salad?). We also found the cake slices were really hunks that were far too big to even make a dent in them with a delicate nibble, but the brownies were tasty and in small bite-sized portions.

Food talk aside, there were some insights given by the two still-married women at our table of five women. We were to learn why their husbands did not accompany them to the grand event. Now, I will add a huge caveat here that, surprisingly, about half of the fifty or so people who attended were men, and that one, of course, was manning (word choice, indeed) the grill. So, these insights are limited to these two women, their men, and the understanding nods from the three women at the table. I, of course, did open up this little can of insights by asking why their husbands weren’t in attendance. As a friend told me recently, be a big mouth and engage with people. It is her fault that I asked personal questions, but it did lead us to talking about more than the food.

One woman (both she and her husband still work in physical jobs) explained that after a hard day at work, her husband lives the stereotype: drinking beer and sitting on the balcony. He does break with tradition by making his dinner before going to bed. She is one of those life-of-the-party type people, who even livens up the pool when she goes after work. She has learned that just because he has gotten dull and disappointing, she does not have to keep him company in his disengagement. Learning that not everything needs to be done together is surely a sign of a mature marriage, and probably at least one too-often frustrated partner.

The other woman got philosophical and cast her insights wide to include older retired men in general, not just her hubby. She noted that men need their group to stay social—and when they don’t have it, they fall into depression. They can be active and engage with the world, but only when the guys they’ve been playing ball and cards and hanging out with for years are around. Once they disperse to different retirement communities, or move to be near their children, or move because of health issues, or even bid the long adieu, they lose their way and sink into their recliners. They’re unable to be on their own, unable to find new best buds, not wanting to interact, becoming solitary men sinking into depression. Their wives, then, need to leave them behind for excursions out so that they, too, don’t get weighed down by loss and change.

Perhaps those insights apply to us all, at all stages of life: independence, even within a relationship, is strength; it is not a threat or a weakening. The people in our lives are supplementary, they should be enhancers. We, each of us, is the main act and we need to proceed through life with that understanding. Otherwise, we may be missing out on good food, seeing the night sky with planets clearly illuminated, and hearing people say how great it was to see you.