Wandering as My State of Being 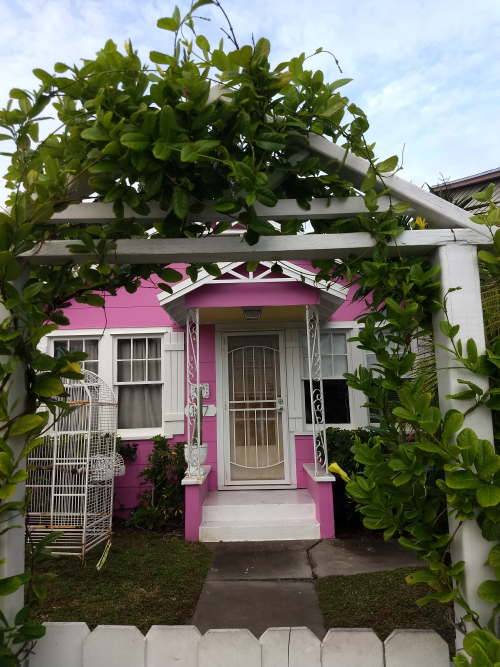 As I sit here in a local coffee shop, staring into space and at the people sitting at their tables and walking by, I realize that wandering, mentally and physically, is my natural state of being. Of course, that is a paradox, for how can I be unfocused and have an insight at the same time? Which is, I also realize, the normal state of my mind: to be aimless and purposeful, to be suspended within myself and part of the external environment.

Growing up, I lived about a mile from Little Neck Bay in Queens. As soon as I was old enough to physically wander off on my own, I would walk through my neighborhood of six-story red brick apartment buildings and two-story garden apartments to the bay, then walk along it focused on the water, the cattails growing tall, the birds seeking sustenance, and other people walking, skating, or biking on the paved path, while trying to ignore the busy highway on the other side, pretending that the rushing sounds of the cars were waves coming in and going out rhythmically.

When I could drive, sometimes I went to Jones Beach where I would walk along the wide sandy beach, the wind and the waves my walking partners. The hour drive was prologue and epilogue to the walk, cocooning me within the car. Other times, I would go in the opposite direction: into Manhattan. There, I would walk for miles, often on Fifth Avenue along Central Park to the Metropolitan Museum of Art, and then in the museum through gallery after gallery of people and beauty and other people’s insights. Sometimes I would walk up Madison Avenue, walking by shops that I would never enter, and down the streets between looking at the brownstones where people lived in luxury that I could only daydream about. Then, to Third Avenue where there was more vibrancy, less preciousness, more of a sense of belonging, and back to the subway on sturdy Lexington Avenue.

Over the years, wherever I lived I had “my walks” where I would wander and wonder. In Israel, it was in Tel Aviv along the gentle Mediterranean Sea as well as Europeanesque Rothschild Boulevard, with its greenway, a whole world in the middle of the street, and the area’s low white buildings evocative of hope and purpose, where I always felt like a tourist and a resident. In Virginia, it was along the Potomac River in River Bend Park with Maryland right across the way, making water, for the first time, feel limited, or in Old Town Alexandria where the river was backdrop to centuries-old brick and wooden homes that forced me to think back in history. Now, here, in Florida, I walk along the Atlantic Ocean easily walking for miles in the space where water and sand meet, sometimes soaking ankles, calves, rolled-up-pants, from the occasional big wave, or in local parks watching wading birds and the too prevalent invasive iguanas. The quaint cottages in Lake Worth’s historic districts give me the created environment I need to be a counterpoint to the natural one, answering different needs of my wandering mind.

The walking—thinking, moving, observing—being active and passive simultaneously—has been a key experience for me. Since I am alone on these walks, untethered to conversation and someone else’s impressions, I remain separate, as an artist re/creating a scene. Fundamentally, I realize, this is not “what I do,” rather “who I am.” My state of equilibrium. These walks enable the being, the writing.

For a while I listened to music and podcasts when I walked. I don’t anymore. Concern for ruining my hearing is one reason, but also those other voices in my head infringed upon my own voice from stirring around the random and developing thoughts. These walks have been an opportunity to lead within my own mind, to not be led or directed. My safe space out in the world. 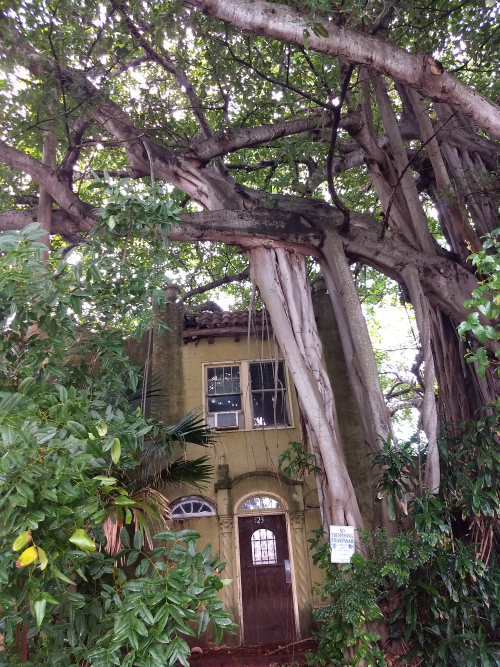