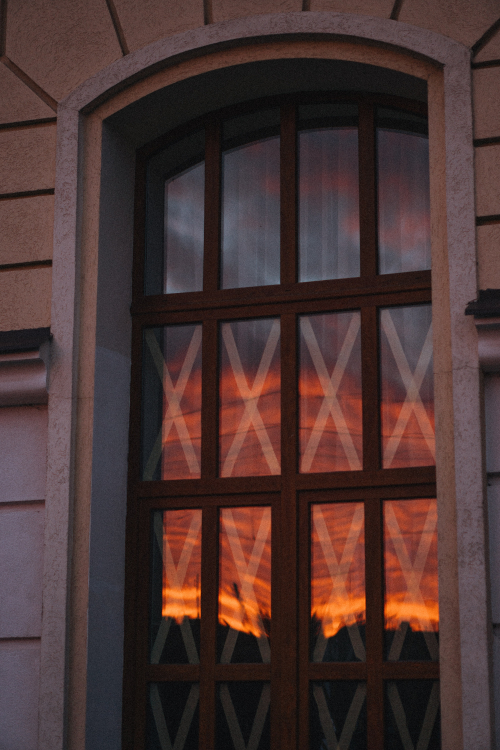 Most of us in America are here because of suffering that we or our ancestors endured or could no longer endure. Oppressed. Enslaved. Tortured. Starved. And those who were already here, they, too, endured those crimes. Perhaps some came to escape perpetrating crimes, while others came to perpetrate them. Some of us have learned that we must help those who suffer, while others have learned that it pays to oppress. An ugly, horrid web.

Seeing the carnage on the streets of Ukraine shows so bluntly that wars may be motivated by the grotesque ego of those sitting on their hollow thrones, but the men who carry out their plans of conquest are not innocent. They shoot people who are trying to survive and rape women who, perhaps, represent victory to those who are tiny in their hearts and minds. Perhaps they are motivated by hurt and imagined indignities, not beauty or compassion. This is a hard world.

We learned about “rape and pillage” from centuries of war, and thought (hoped?), naively, that there could be a time—that this was that time—that is post-war. But that was just us not paying attention to over there and there and there and there. Has that time ever existed? It seems to be a base/basic method of human expression; surely, our worst method. Can we ever have peace if we are basically the same people we have been for thousands of years?

I watched a video of a displaced child talking softly of the green gardens of her hometown that are now gray rubble. What has been won? What has been lost? There is no balance.

The ache continues here, in its way, as I also read the news of America. The brutality of pushing against one’s neighbor, of imposing one’s venomous vision on others, makes it so clear that the push to oppress is not just done in air raids, but in a blindness of ethics, for how can it be ethical not to recognize the rights and dignity of those who aren’t you?

We see the cruelty that seems always to be lurking, ready to exert itself. We know fear—the feeling of anticipating that the worst could, yet, happen. But we have also been inspired by wisdom and the actions of those who have come before—those who always seem to rise—those who have not succumbed to holding power—over. They must be supported.

Those images of bodies—hands tied behind backs, lying on the streets of their city, fallen guardians—reach in so deep, to the fibers within that twitch with ancestral memory—human memory. This cannot be. Yet, it is. It should not be. Yet, it is. I refuse to accept that, concede to this dark reality. We must each, in our way, stand up and push back and protect. Move forward, undeterred by what is, focused on what should be.

May the war end soon and with it may the violence, the destruction, and the killing end.

May those who have been harmed find healing and safety and trust and peace.

A New Sense of Worth Other people's hobby which I saw on a walk

The way I have settled into retirement— away from what had been my home for eight years, away from a job that I had for sixteen years, away from an area where I had lived longer than any other place, away from a set schedule and responsibilities, away from friends and most family—has unmoored me, cast me off—made me feel how solitary I am.

Having stepped off the work track means that the only expectations that I have to live up to are my own. It is as if I had been living in one world and, now, I’m in a different one. Or, perhaps, it is simply that I’ve moved into another phase of life: from childhood, to young adulthood, to devoted-to-others-and-accomplishments adulthood, and now to the phase whereby a mature adult transforms experiences into wisdom. It’s also as if the ground I stand upon has shifted and now, surprisingly, it’s more stable, because it’s more dependent on me.

Recently, I heard from one friend who is anxious that she’ll be fired from her job, another who is counting down to retirement and trying to figure out the best way to make it there mentally and physically intact, while another tries to configure the right balance where too much work and commitment aren’t always stressful, only sometimes. I also heard from another friend, who retired a year before me, who wants to schedule a zoom call to talk about the books that we’ve been reading and writing.

Amidst those conversations, I spoke with someone (who was talking to me as part of her job) who complimented me by saying I look too young to be retired, and then proceeded to express her disappointment that I’m not working. What would be the lure of working if it’s not financially necessary and not mentally positive? Why is having a “job-job” the sign of a productive person? Perhaps her concern is for my mental health now that I’m not employed. But not everyone’s identity is wrapped up in their job, or remains so.

The pandemic was hard on students, parents, and teachers, but I no longer felt that the balance of giving and receiving was healthy for me. As a teacher, I found that I was spending my time and mental health adhering to and concerned by rules and regulations, and being buffeted by the whims of students, parents, and administrators. And what if I took a job just to have a job? Would I be more valued if I was folding clothing in a store or serving coffee in a cafe? And what if I started tutoring students in writing (one of my favorite parts of being an English teacher)—would helping those who already have so many advantages (hence their ability to pay the hefty hourly payment that I do sometimes daydream about because, yes, it would be nice) make me a more valuable member of society—or more valuable to myself?

My reaction to her off-handed comment brought me back to a question that I do think about: What makes a life of worth?

I recently read The Story of Arthur Truluv, by Elizabeth Berg, in which Arthur says that his value as a retired person is in appreciating the work of others. I like that perspective, but I’m not at that stage, yet. My mother and her friends, who are in their late 70s and 80s and 90s, are in that stage. And they deserve to just enjoy the moment (even in the ever-present pain of not having their husbands with them)—the fruit of many years of work. But I’m only 61. (I removed the quotes from around only, since it does feel young down here in retirement-land. Being around much older people does have its advantages.)

My daughters are both embarking on new careers and jobs, and I am thrilled and excited for them. I’m also glad it’s not me. Whatever mistakes I made, I’m okay with them and their consequences. I don’t want the exhaustion, struggle, and confusion of a redo.

This after-work part of life is like being a child (with a hands-off parent) who says, “Be home by dinnertime,” and “I’ll drive you to whatever lessons you want.” It is circling back to engaging with the things I want to do without concern for a purpose. No recompense required and no need for it to lead to something that could lead to a good job. This is true purpose. This is my freedom.