Home Archives Profile Subscribe
The Book Clubs I Have Been In: Creating Community and Balanced Introspection Through Books
What Do I Know? Learning to Value My Experiences

No Home of My Own: And Not Regretting It, For Now 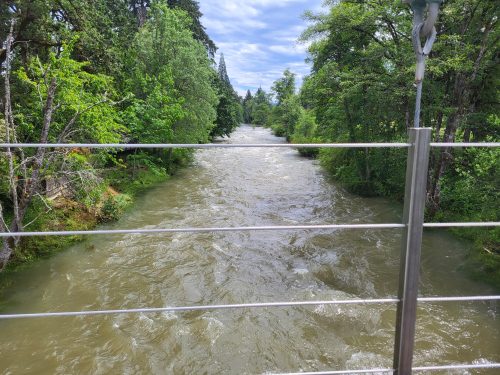 When I first got married, my future ex-husband and I bought a fourth-floor walk-up in Petach Tikva, a non-glamourous (then and now) city east of Tel Aviv. After that, we rented an apartment in Queens and then one in Tel Aviv. After three years of looking, we bought our dream home in Ra’anana, an upscale city northeast of Tel Aviv, but within a year we ended up moving to Northern Virginia, and renting a house in Great Falls, selling the dream house, then renting a townhouse in Reston, until we bought our next dream home in Great Falls. But the marriage failed and neither of us could afford to live in that house, so we sold it (after two agonizing years). and I rented an apartment in Oakton, until I bought a condo of my own in Alexandria. It’s that condo that I sold last year, right before my retirement. That’s 36 years of worrying about finding the right place, paying the rent or mortgage and all the other costs involved; for the last fifteen of those years, I was a single mother/woman.

Now, for the first time since I went to college at 17, I live with my mother, in her one-bedroom condo in southern Florida. I’m living rent-free, sleeping on a couch, with most of my things in boxes in closets.

My retirement plan is to buy a home near younger daughter when she’s more settled in a few years. Since her sister also lives on the West Coast, this will be, thankfully, much closer to her as well. For the past year, I’ve been thinking about buying this next home, with the occasional foray into Zillow to imagine possibilities. It’s been a balance between looking with dismay at rising prices and, now, mortgage rates as well, and excitement at the prospect of living someplace completely new where I can create a life for myself.

But as I make plans as a mother, I also need to make them as a daughter. At this point, it seems that my mother will join me in this move. While she’s not exactly thrilled about moving from hot, sunny Florida to chilly, rainy Oregon, coming with me overrides staying alone. And me, after living with her for a year, I see that she’s not the get-up-and-go person she was just a few years ago.

In a conversation with younger daughter the other day, she expressed her concern that I’m still living with Grandma. This, probably, followed me complaining about not having enough privacy there. It could also be her concern for me and, perhaps, a weirdness at having her mother living with her grandmother, seeming to lose some of the independence she's always known me to treasure. But she had a point. For a year, I’ve been whining about missing having my own space. Then it occurred to me that in this past year I’ve been free from worrying about those monthly payments for the first time in my adult life.

Hours of my life have been spent watching house hunting programs: tiny homes, off-the-grid homes, van life, living abroad, living in the country, living in extravagant homes, living in big cities, living in small towns, even DYI homes. Hours of watching people swoon over kitchen islands and complain about bathrooms, and always demanding more space, more rooms, closer to the water or downtown or the mountains or a better view. I have envied so many people.

Now, I’ve taken a sudden break from that yearning and jealousy. I’ve decided to appreciate the good fortune that I have and not push against it. It’s a new experience to think about myself without immediately connecting to the place where I live. While the four walls and what we do with them and how we feel in them—and even the surrounding area—seem to define us to some degree, I want to free myself from equating space with presence, existence.

When I visited friends in the DC area in April, I drove by my old condo and went to places that I used to enjoy walking around, as well as favorite dining spots. Temporarily, I inhabited my old life. There were no longings to return. And now, for three weeks I’ve been visiting my daughters, staying in their homes and in Airbnb’s. It’s wonderful to see them establishing themselves, setting up their lives and the places they will inhabit.

Over the years, I’ve connected to each new place and, to some degree, the people there. It was about being grounded in a particular space and creating a life there. But now, I’ll focus on my actions and interactions: to be within myself, the moment, and the people within that moment. I will find freedom in not being tied to one place. Perhaps I can do this since I have found comfort in different places. I have learned that it is not the particular place that gives meaning, but how I interact with the place and the people who live there. I am my home.