In One Month: A Trip to My Past 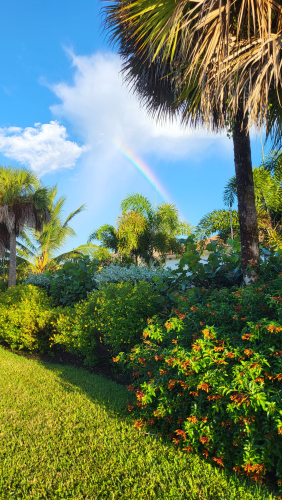 Positive thoughts on a morning walk

In a month, I’m going to Israel for a month. I haven’t been there since the summer of 2000 when my family and I moved to Virginia—a temporary move that became permanent. That’s a long time to be away from the place I originally immigrated to assuming that I would live my life there.

When I left, I had a good job in the high-tech industry (it relocated us), a husband who had an excellent job waiting for him at a DC law firm, older daughter was going into 4th grade and her sister was starting kindergarten. We stayed for a few days with my parents in Queens, then we made our move to Northern Virginia.

About a year before we left Israel, after years of house hunting, we moved into our dream home in Ra’anana (a city about 12 miles north of Tel Aviv). It was a huge accomplishment and we were both proud. But I was to learn that getting what you wish for can exist at the same time as creeping unhappiness.

When I left Israel, I thought peace was on its way. I had seen two cars with Jordanian license plates in Tel Aviv, surely, a positive sign. I thought that I was going to have a brief break from the tensions, that Israel was going to finally deal with the internal strife between religious and secular Jews, and that my daughters would have the opportunity to get to know my family better. I was also going to take a break from the Laura I was in Hebrew, almost fluent, but always missing a word or not getting an expression, and anxious about making grammatical mistakes. I missed being the funny, sarcastic Laura I was in English.

When I first moved to Israel, I was 21. I had a life to create and I did. My Israeli life. When we left, I was 39. Since then, my life became another life—almost every aspect unexpected. My second American life. I lost that high-tech job, got a master’s degree that I never really used, divorced my Israeli husband, became and then retired from being a teacher, and my daughters went on their own trajectories on the other side of the country. My father died, my mother moved to Florida, where I now give her emotional, tech, and driving support.

What will it be like to return to a place that I’m told is so different from the one I left? Will I feel at home in this new version? Who will I be there? Who would I have become if I had stayed? I fear going back, being a stranger to my past.

Perhaps I need to embrace then/now/if thinking with the understanding that people and places don’t have to be permanent to be impactful, and that permanence isn’t always what we need. There is always regret, because there are always opportunities not taken and experiences not lived. On the flip side, there were different opportunities experienced. Life is not a blank slate.

Regret exists in not having stayed, but there is also the understanding that if I had stayed and gotten divorced there, things would probably have been very hard for me. I gloss over this, but it is part of the reality that I must acknowledge to loosen the regret and accept that things unfolded the way they were meant to. Accept the trajectory, accept how our lives were created in its wake.

This time when I go, I’m not a young woman seeking adventure or a middle-aged woman still expecting others to direct her life. No. It’s me, seeking to return to the place that is so meaningful—the place that enlivened me and took me out of myself—that started me on my path to being a more compassionate person than if I had stayed in New York.

Now, I’m looking to spend time in the place that has meaning beyond my (a) single life, enhancing my perception of what it means to lead a purposeful, fulfilling life. Perhaps to embrace and absorb and share has always been the point. Perhaps the outsider that I became once I lived in Israel and then returned to the States is how I could fully life my life.

Trepidations for this trip, this journey. It is finally here. This past, this potential. This is me.

Back at School: Volunteering in an Elementary School 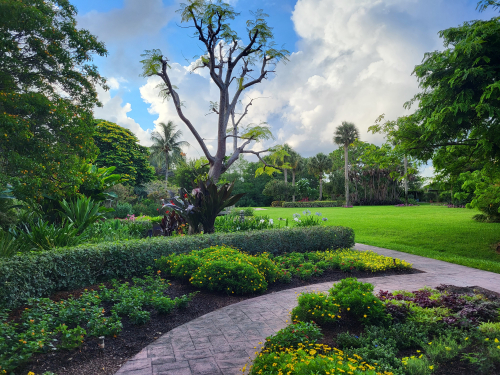 I should have known that I would stop volunteering at the garden when I finally bought gardening gloves. For more than six months I worked bare-handed or wore gloves from a box of cast-offs in the garden’s potting shed. Then, I got my own gloves. I wore them once and now they’re on the floor behind the driver’s seat in my car. I’m trying to decide if I should put them in the trunk, hidden and unneeded, or keep them where they are, a reminder that just because the gloves fit doesn’t mean I have to wear them.

My Wednesday mornings in the garden’s nursery were wonderful. The other volunteers were, generally, the right amount of interesting and talkative to make the morning feel like an outing among friends and not hours repotting plants in the heat. But I began to feel more of an outsider as the other volunteers would talk about their evolving plans for their gardens (or “land” as one referred to her acre) and their familiarity with different plants, while I was only fostering a lone bromeliad on the lanai and uncovering no desire to immerse myself in botany books. I remained a plant lover on a “looks beautiful” basis, not a “Latin name and uses” basis. I also began to wonder if my volunteer hours would be better spent directly helping others, rather than puttering around the garden so it could raise funds through the sale of potted plants. It seems that for me the right volunteer activity needs to effectively blend dedication to cause with personal fulfillment. A true give and get.

So, fun in the garden is out. Tutoring in an elementary school is in.

My Tuesday mid-days are now spent with 1st and 2nd graders in a high poverty school, helping out their teachers and them. Two weeks down. I feel of use there applying some skills, some compassion for the students, some empathy for the teachers, and lots of love being part of the village raising our children. And they are our children, because this isn’t about yours or mine, but about making each child feel valued.

I’m there to help with reading and writing, one-on-one or walking around the room helping whoever needs it at the moment. It is surprising, in a good way, how quickly I feel that I’m part of the group. In the first week, one girl was dismissive, as she had a right to be; after all, who is this new person in our classroom and why do I have to interact with her? This week, when I was at the door ready to leave, she came up and gave me a hug. Momentary mission-accomplished.

Not being the teacher in the classroom responsible for lessons and assessments is freeing. It is a distilled version of teaching, which, distilled even further, is an adult helping a child. Within the two hours I was there, I tied shoelaces, commented on drawings, enthused over sentences, and gave pep-talks on reading, oh, and permission to go to the in-class bathroom. Time well-spent. Experiences like this show me that I made the right move when I became a teacher mid-career (abandoning high-tech marketing writing), because one way my soul expresses itself is by reflecting back to children what is within. It also shows that retirement is the time to fully live that expression—in between a late breakfast and a swim in the pool. 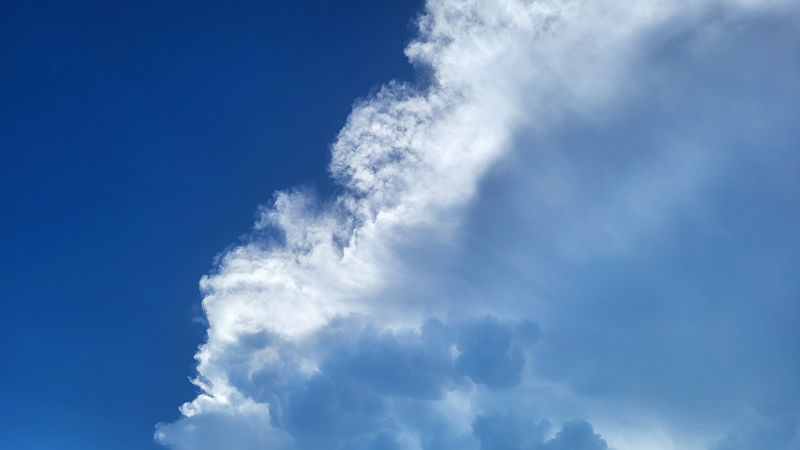 Since I began dogsitting last year, I have come to appreciate dog owners and the love they give their dogs. Sometimes their dogs substitute for the children they didn’t have and sometimes they substitute for the children they have but who have grown up (and usually moved on) leaving them lacking an immediate object for their affection. Perhaps this is why there seems to be a sadness intermixed with the joy of dog love. (It could also be that many of the dogs I have met are getting older and there is fear of anticipated loss.)

But it is not just love of a specific dog that I note, and I do note that and why not, why not be attentive to the needs of the dog that follows you around, looking at you as if you matter, as if being next to you is always the best place in the house, as if your goings out and comings in are of importance, because they are (and sometimes even commemorated with a treat!). What I see is a need for people to share their love; a need that reaches beyond the specifics of their living arrangements, where even couples who are growing old together no longer show their love or it is simply taken for granted. We need to give and to receive.

We have so much love to give that showering it on a pet who is always grateful and appreciative soothes the ache that grows within many of us as we get older. For so long our lives have been lived within certain parameters—our jobs, our families, our interests, our community—that dog love enables us to reach beyond the intellectual confines we live within and pushes us to acknowledge that we are also a person whose soul, self, essence, being, is a world—a worthy world simply within breath and consciousness. For a dog, our presence is the only needed proof of our existence, and isn’t it a relief to be seen for being me and not as a value to be calculated.

I wonder, though, about the structure of our world, where humanity and inhumanity seem to go hand-in-hand. Why is it that we cannot express this love we have within—the appreciation of our essence—beyond the confines of the animals with whom we live? What would happen if we could share this love with more than the dogs (and cats and other chosen animals) we have in our homes? Where would we be? What is it that gives us the ability to love, but also the inability to share it? Why are we prevented from sharing our true selves?

On yesterday’s morning walk, I encountered a woman who was out looking for her cat who escaped from her cat sitter’s home two weeks ago. She recoiled from this week’s dog, saying that she is not a dog person. I said that he is the perfect dog for a non-dog person, gentle and sweet. She was heartbroken as she told me about her missing cat. I thought RIP, to that cat who was not an outside cat who had probably already been forgotten as a satisfying meal. I felt bad for her, and wondered when she would stop denying the reality of her cat’s demise.

Perhaps this story illustrates why it’s so hard to share our love beyond our homes—beyond those we know love us. We need to protect our hearts, not from expanding, but from collapsing in pain. Perhaps the calculation for humanity is that things will be better for us all when our hope of sharing, of giving, of connecting in love is stronger than our anticipation of hurt, of loneliness, of disappointment, of anger in loss of love.